What Will You Remember? 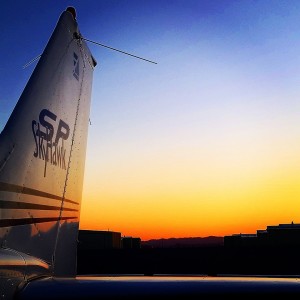 Not long ago, I was flying with a student and we were privy to an awesome Tennessee sunset.  The air was smooth and had calmed remarkably from the gusty conditions early in the day.   In those few minutes I thought about the privilege of flying and how, were I not a pilot, I would never see such an incredible view.

I recalled a student who had just finished a solo cross country.  I was at the airport when he landed and I was a bit impatient.  He was running later than I’d hoped and I had been pacing in the FBO as I watched the sun begin to sink.  Finally I heard him announce his position and enter the pattern.

When he landed he was practically ecstatic.  As I helped him push the airplane into the hangar, he talked about all he had seen and experienced on his flight.  He talked about how freeing it was to be in the plane, navigating and flying with confidence.  I smiled as I remembered his first few flights and how, like many students, he had struggled to manage all the tasks of flying.  Moments like that are just gold to me as an instructor- seeing the undeniable progress of a student.

As the hydraulic hangar door closed, I mentioned to him that for me flying is an adventure every time I leave the ground.  I was glad he was finding that to be the case also.

I thought about these 2 experiences as  I drove home last night and how someday, years from now, when I’m old and my flying days have long since passed, I’ll remember the feel of the controls in my hands.  I have no doubt I’ll smile when I recall the first-solos I’ve seen and the satisfaction of a well-made landing.  Undoubtedly, my heart will race remembering shooting an ILS approach and breaking out of the clouds as the runway appeared through the haze right where it should be.

What will you remember?